Home Entertainment One Piece: How did Ace Die? The detailed review of Episode! 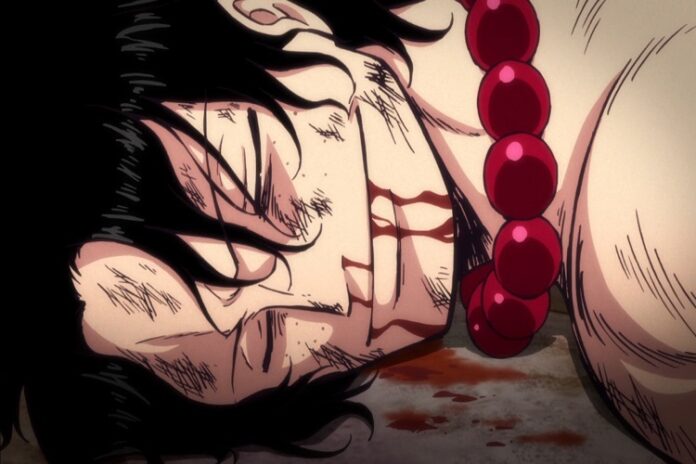 A question that is widely being asked by the “One Piece” Fans is “What Episode does Ace die?” around the globe. One Piece is one of the manga series that has been running the longest, and it currently has more than a thousand chapters. It should come as no surprise that there are a lot of different people included in this series given how many different chapters and tales there are to be told. Fans of One Piece have a difficult time deciding which characters, other than the main character, are their favorites. Portgas D. Ace, the son of the Pirate King, is the one character that no one ever seems to forget. Despite this, the other characters are often forgotten.

The history of One Piece was significantly influenced by Ace. Ace brought a lot to the plot because he is the son of the Pirate King and the older brother of the main character, who would one day become the Pirate King himself, Monkey D. Luffy. He is held up as a model by his elder brother Sabo and by Luffy, who is his younger brother. In addition to that, he was a member of the Whitebeard pirates’ command team at one point. However, since the character passed away during the Marine Ford arc, he won’t be able to witness the conclusion of One Piece’s adventure.

Ace was the primary catalyst that led to the development of the Marine Ford Arc and the Paramount Arc. After the story arc, major characters like Whitebeard, Akainu, Aokiji, Sengoku, and even Shanks were shown engaging in full-fledged combat. On the other hand, it led to Whitebeard and Ace losing their lives as a consequence. Therefore, if you have been wondering how Ace passed away and in which episode Ace passes away, then we have all the facts that will make your eyes well up with tears and we will share them with you now.

How Did Ace Die In One Piece?

In What Episode Does Ace Die?

Why it is such a big deal that Ace passed away in One Piece?

It is always a surprise when a well-liked character passes away in the show because it is one of the main plot points. Many people had the assumption that Ace would make it through to the next day and continue to battle alongside Luffy and the Whitebeard Pirates. However, it came as a surprise when Oda killed Ace since One Piece is recognized for many excellent things, but killing its characters is not one of them. One Piece has always had a strong emotional core, and a large part of that core is the relationship between Whitebeard and his family. During the conflict, Whitebeard witnessed the deaths of several of his sons while they were serving in the military. Even more heartbreaking was the fact that Ace, the one hope that Whitebeard had sought to protect, had passed away.

Characters from the Episode Where Ace Died

Eiichiro Oda’s writing is excellent across the board when it comes to One Piece’s cast of characters. The following list includes every character that is seen in Episode 483:

Who was responsible for the death of Portgas D. Ace?

After reading about the circumstances that led up to Ace’s death, it is possible to assume that Admiral Akainu was the one who put an end to Ace’s life. Every fan of One Piece who despises Akainu is aware that this is the most horrible crime he has committed. A criminal act that separated the kindest pirate from his many adoring supporters.

What episode does ace die in one piece?

One Piece now holds the number one spot on the list of sales, and it is also one of the “big three” anime, along with Naruto and Bleach. It also has a cultural influence on the rest of the globe, as the character “Buggy” from the anime series One Piece inspired the naming of a gene in the fruit fly, which is called Baramicin.

How Tall Is Izuku Midoriya?

Things To Know About Clay Shooting

If you plan to decorate your home with farmhouse decor, there are several things to remember. These include: blending metals, avoiding distressed furniture, and...

Get the Most Out of Your Used Car with These Tips

Temecula Valley, the city of California, is stunning, and it is even more enjoyable to drive around and take in the sights. Congratulations if...

There are a lot of different marketing strategies that home builders can use to increase their exposure. These strategies range from creating a website...

Ever since the launch of the Apple watch series in 2015, it is always on top of the talking point in the watch world....