Home General What Will the Government Do About the Growing Conflict in the Middle... 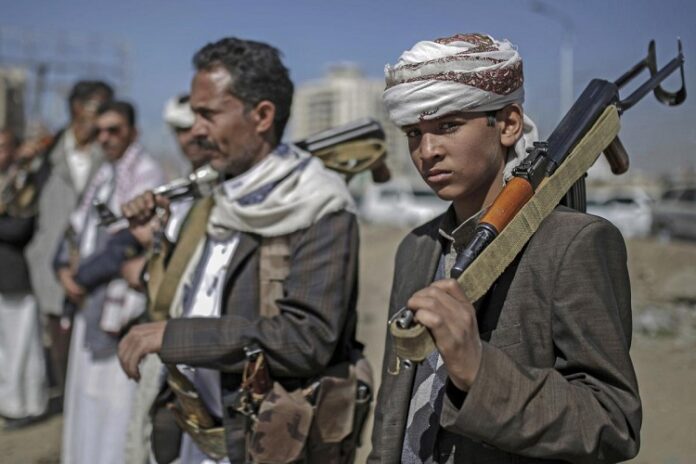 Right now, a significant portion of the world is still focused on moving past the pandemic. This makes sense, as people are starting to get rid of masks for the first time and more of the world continues to get vaccinated. On the other hand, this also means that much of the world is returning to its prior state, including the Middle East. There are a lot of people who might not have heard, but Israel and Palestine appear to be at war once again. What does this mean for the future? What is the current government going to do about this issue? There are many groups, such as No Labels, that are working hard to bridge the gap between the two parties, encouraging them to come together. What are the major issues at play right now?

The sad reality is that Israel and Palestine have been at war since the creation of the Palestinian state. While it is true that much of the conflict has to do with religion, this is an oversimplification of the issue. The very idea of creating an Israeli state in the region runs antithetical to a lot of the Islamic states that have been in the area for thousands of years. With three separate religions viewing Jerusalem as a holy site, religious groups have been fighting for control of the area for thousands of years. The current borders were largely drawn by European powers at the end of the colonial area. Conflicts have been happening in the area ever since then.

If the Gaza Strip sounds familiar, that is because it has been a flashpoint in the conflict in the past. It is one of the contested territories that has been a major focus for decades as the two sides have tried to work out their differences. In a lot of cases, these differences have tried to resolve themselves with the help of mediators, such as the UK and the USA. Unfortunately, most of these simply amounted to temporary solutions to a much larger issue.

Now, Israel is firing rockets into the area again, leading to dozens of deaths, including the deaths of civilians. What is happening over there is reprehensible, and the government has yet to step up and come out against the violence that is taking place in the region.

Palestine Fires Rockets Back at Israel

It should come as no surprise that if Israel is firing rockets into the region that Palestine is going to fire rockets back. It is true that Palestine is controlled by Hamas, which has been labeled a terrorist group. Palestine’s rockets have landed in civilian areas as well, killing innocent people. Of course, this is also reprehensible; however, the two countries are the farthest thing from equal when it comes to military strength. Backed by the United States, and as the biggest ally of the USA in the Middle East, Israel has received a lot of financial and military support from the US since the Cold War. Now, they are flexing their might, using it to put down Palestine. The reality is that Palestine simply does not have the resources of Israel.

Israel Has an Iron Dome Overhead

In addition, Israel also has the protection of something called an Iron Dome that it can use to shoot down incoming rockets. While Israel has erected this defense system to protect itself against attacks from other countries, it can use it to protect against rockets from Hamas as well.

The system acts as a missile shield. It uses rockets to shoot down incoming rockets that are fired by its enemies, including Hamas. Israel is quick to point out that the system is not perfect. There are rockets that have hit their targets, killing innocent civilians, which is terrible. On the other hand, there is a difference between Israel and Palestine, in that Palestine does not have an Iron Dome. The rockets fired by Israel simply hit their targets, killing civilians.

Where Does the United States Stand on This Issue?

Right now, there are a lot of people who are waiting to see where the USA stands on this issue. The reality is that many people, including Biden, are still equivocating on the issue. They are simply stating things such as “Israel has a right to defend itself,” which is the weakest response imaginable. The USA knows that Israel is one of its few allies in the region, so they are not going to criticize Israel quickly.

At the same time, some issues should be easy to address. Killing civilians is bad. The government needs to come out and say so instead of saying, “I haven’t yet had time to fully read the report.” The reality is that the equivocating seen in the government right now is simply an extension of the dysfunction in the government. If the US government is too busy fighting amongst itself, it allows evil to spread unchecked. The US should be busy trying to resolve this issue in an effort to save innocent lives instead of focusing attacks on the other party. If the government does not come together to heal, the violence is only going to get worse, and the US could lose face on the international stage more than it already has.

How To Write A Resume When Changing Fields?

Where Can You Find Sewing Machines?